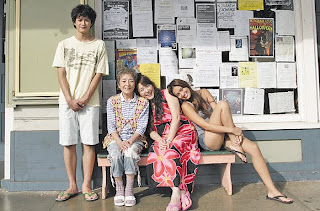 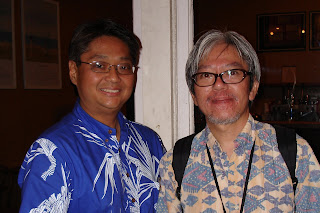 It was the hot ticket in town as Honoka'a took center stage once again hosting the world premier of the film "Honoka'a Boy" which spent several weeks filming in and about Honoka'a town in October.
This film based on the book by Leo Yoshida and his experiences living in town during his earlier life incorporates many of Honoka'a landmarks including the People's Theatre where he was a projectionist.
Mark is pictured here at the premier with Director Atsushi Sanada.

HSTA Lobbying at the Captiol 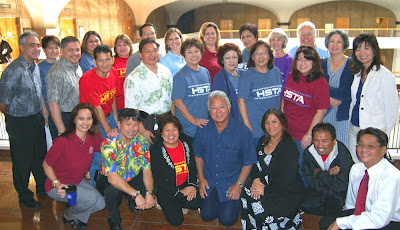 HSTA staff members were out in force as members from all public sector unions converged on the House Labor Committee hearings that considered several bills that considered cutting many state retiree benefits such as eliminating dental and vision benefits and prescription drug coverage. The committee successfully held all of these bills. 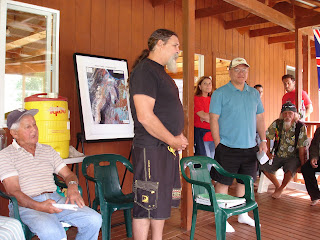 State, Federal and County officials joined together in a meeting with Waipio Valley farmers and residents to address issues and concerns that resulted from rockfall during the 2006 earthquake.

While it is almost a year and a half later, the debis that entered the stream during the earthquake is now causing stream diversion and flooding problems for valley farmers and residents.

Waipio farmer Jim Cain leads the discussion that includes residents, farmers, and various government officials. State Civil Defense Director Ed Texeira was the first to identify the concern and took the lead in organizing state, federal and county agencies to work together gain the necessary permits to allow for the dredging of the stream's mouth.
Posted by Mark at 12:28 PM 1 comment: 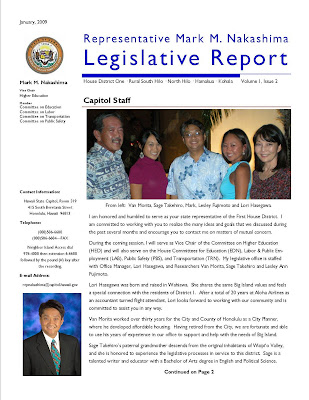 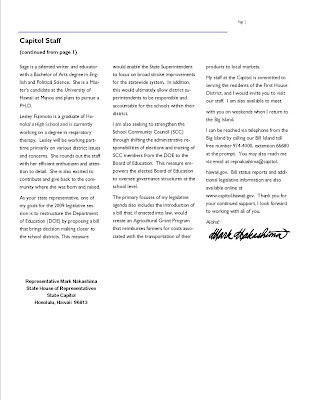