I am very PROUD to be a member of the Democratic TEAM!
Posted by Mark at 11:23 PM No comments:

Hope to see everyone at the Democratic Party Grand Rally!
Posted by Mark at 11:21 PM No comments: 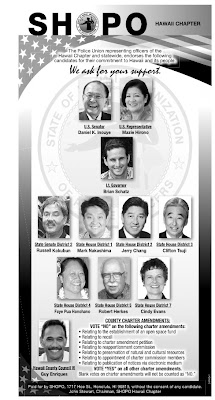 Mahalo to SHOPO for their Support
Posted by Mark at 11:20 PM No comments: 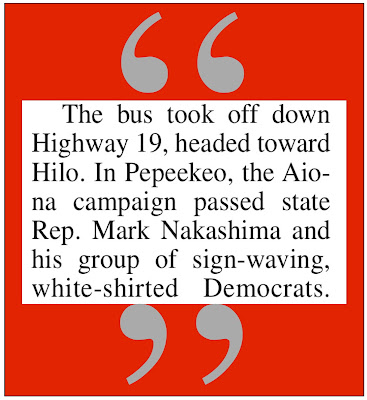 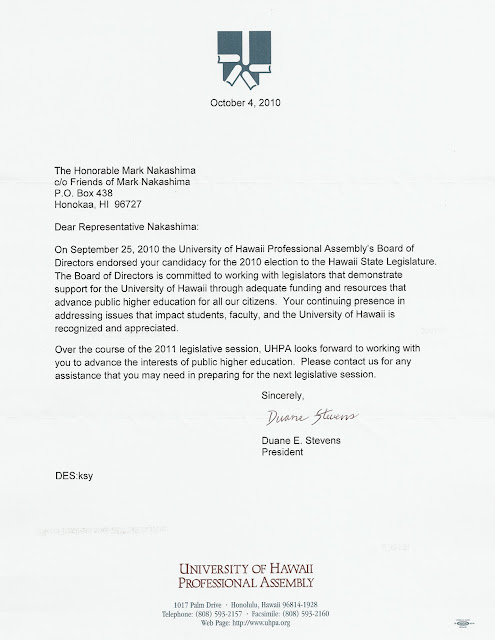 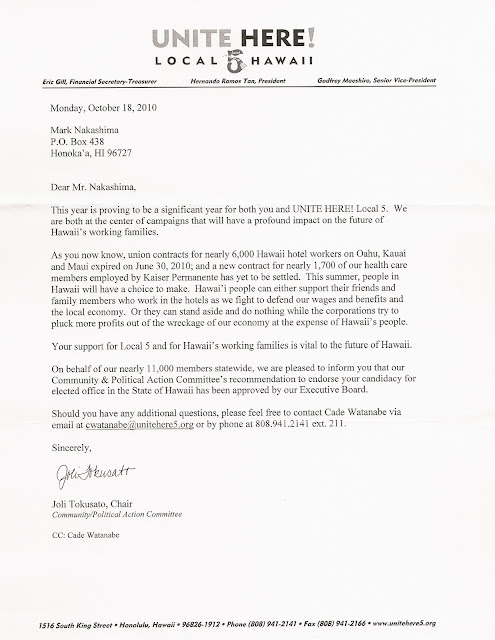 In endorsing my candidacy, Unite HERE! noted "Your support for Local 5 and for Hawaii's working families is vital to the future of Hawaii.
Posted by Mark at 11:25 PM No comments: 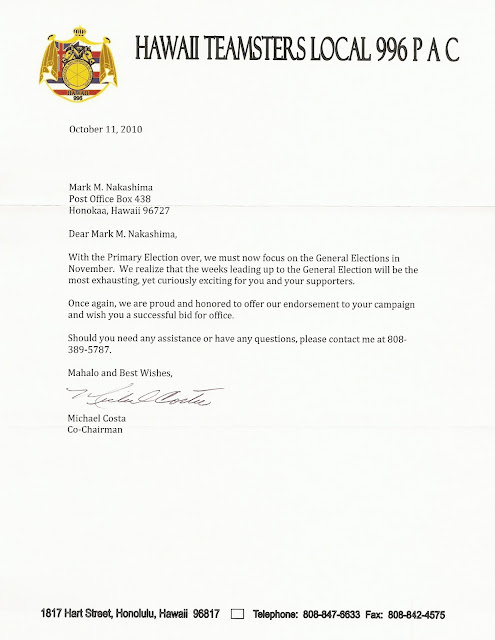 I'm pleased to have received the support of my friends at the Hawaii Teamsters!
Posted by Mark at 11:21 PM No comments:

I am pleased to have received the support of the leaders of Hawaii's construction industry. 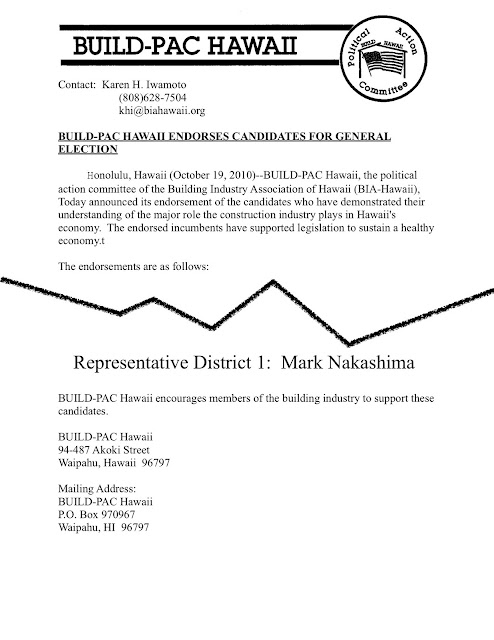 Japanese Chamber of Commerce and Industry of Hawaii 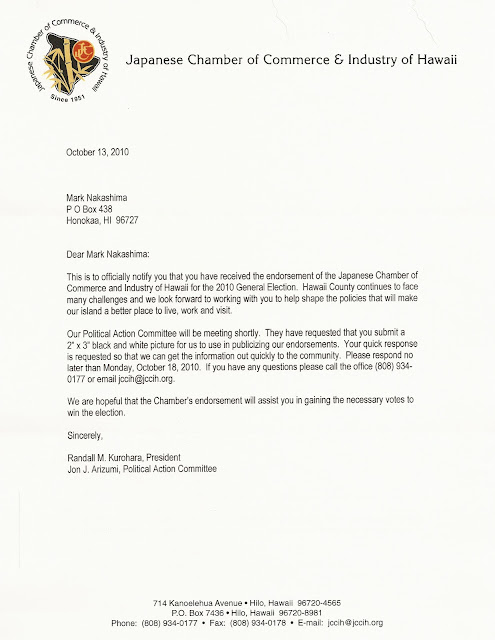 I am pleased to have received the endorsement of the Japanese Chamber of Commerce and Industry of Hawaii.
Posted by Mark at 2:45 PM No comments:

The Center for Rural Health Science will be located within the UHH College of Pharmacy and will be directed by Dr. Karen Pellegrin.  The center would act as a focal point to help improve life in the rural communities of Hawaii through new and better models of health care.
Posted by Mark at 5:08 AM No comments: 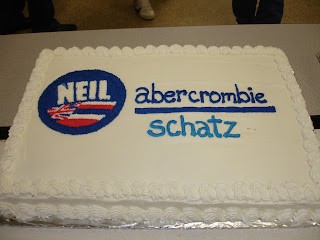 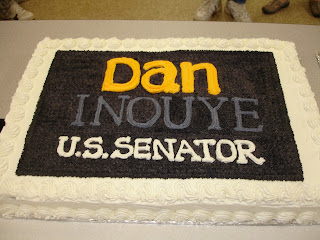 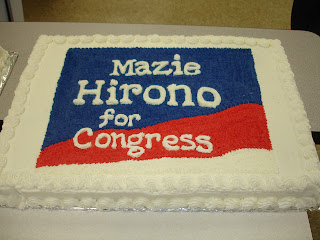 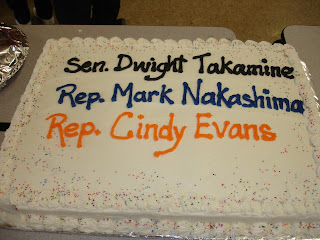 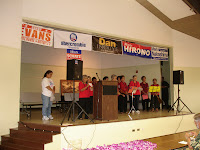 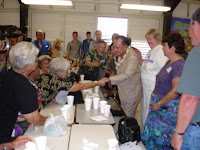 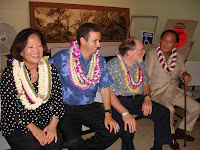 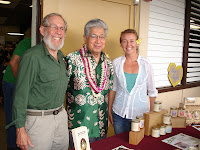 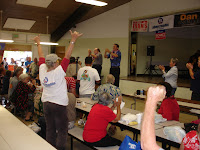 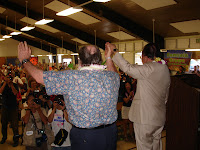 
The event was paid for and authorized by the Democratic Party of Hawaii and spotlighted many of the hard-working food producers of the region and included samplings of grilled grass-finished beef and a new sausage of Kahua mutton, Hamakua mushrooms and farm fresh Waimea Greens, offerings from Hamakua Springs Farms, other foods grown or produced in Hamakua, Waimea and Kohala.

Informational exhibits also featured in-school programs to grow the next generation of farmers and introduce the benefits of fresh, locally grown foods from farms and ranches in the region as well as back-yard gardens.


Senator Inouye was recognized for directing federal programs to the area following the close of Hamakua Sugar in 1994.  Many of the displays featured various agricultural entities that have grown to help fill the void in agriculture left by the departure of the sugar industry from the Big Island.  It was also an opportunity for the Senator to affirm his support for the Democratic ticket of Abercrombie and Schatz.
Former Mealani Extension agent Milton Yamasaki was also recognized for his part in promoting agriculture in North Hawaii with development of green tea, blueberries, and grass finished beef.
Posted by Mark at 9:12 PM No comments:

Walk a Mile in HER Shoes

The YWCA of Hawaii recently held their 2nd Annual "Walk a Mile in Her Shoes" event which is a fundraiser for domestic violence programs and prevention.  Unlike last year's event where participants had a leisurely stroll to the Mooheau Park Bandstand, this year the route took us from the YWCA down to Kamehameha Avenue, up Ponahawai Street, and back to the YWCA, a "real" grueling one mile in heels.

I think I nearly twisted my ankle 6 times along the route this year.
Posted by Mark at 11:54 PM No comments: 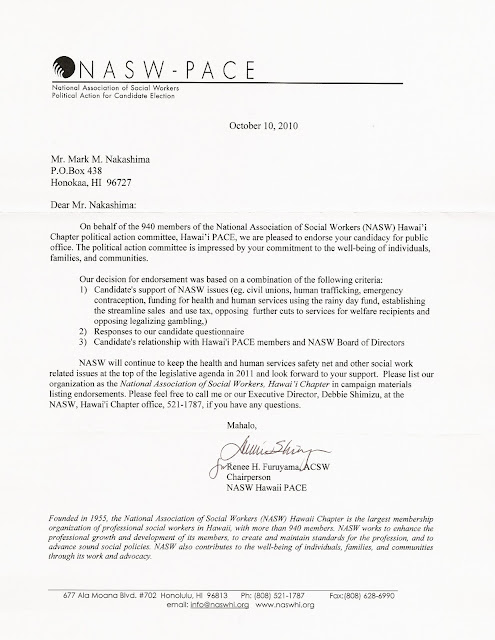 Quotes on the BOE Issue from HTH

For 1st District state Rep. Mark M. Nakashima, who also introduced the bill, his support was for allowing the electorate to make up its own mind.
“Personally, I would like to see redistricting of the BOE, so it would become much more accountable to the voters,” he said.
“In the end, my colleagues decided we would put this constitutional amendment to the voters to consider instead.”
Nakashima said he feels schools need more local input, and the pro- posal before voters lessens that input in an attempt to increase accountability.
“This issue gained trac- tion because of furlough days focusing attention on public education, with the argument that school fur- lough days would never have happened if things were different,” he said.
“Just because there’s accountability doesn’t mean good decisions are made,” he said. “People tend to for- get that the governor pro-posed the furlough days. She actually proposed three furlough days a month, not two.
“(The amendment) might create more accountability, but if accountability is all we’re looking for, why wouldn’t we just go with an appointed superintendent?” he asked. “I think we need public input into the school system.”
Nakashima said he believes that the Legislature approved the appointed- BOE plan due to the intense pressure it was receiving from the public last year over the furlough days.
“The incident with Save our Schools folks, and the incident with the arrests in the governor’s office con- tributed,” he said. “It created a momentum for change. Some believe any change is better than what we have. At this point, I’m willing to let the voters come to a decision on it.”
Posted by Mark at 7:47 PM No comments: 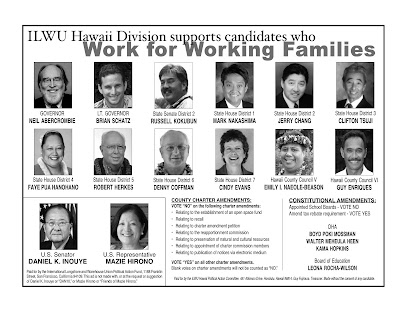