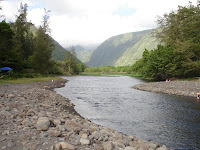 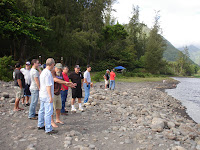 Attended the meeting of the Waipio Valley Stream Maintenance Committee. There was a report on the successful clearing of the river mouth which was done pro-bono by Royal Construction. The project required the joint cooperation of state, county and federal agencies as the Committee worked to gather the necessary permits to allow the project to move forward in a timely manner. Kodos to State Civil Defense Director Ed Teixeira who played a crucial role in organizing communication between the various state agencies.
The next step will be to address other damages caused by rock slides during the 2006 Kiholo earthquake in November, 2006. The debris that entered the river has caused the creation of sandbars and altered stream flow endangering crops and property. I worked together with Senator Takamine and other legislators to insure the passage of HB 1713 which became Act 76, Hawaii Session Laws of 2009 that extends the availability of about $8 million in state funds to address earthquake damages.
Posted by Mark at 12:17 PM No comments: 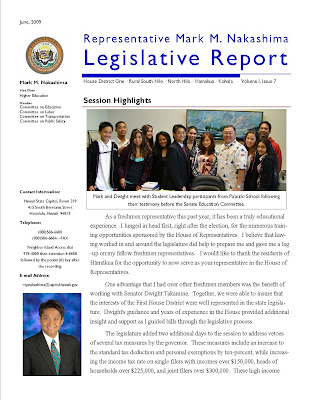 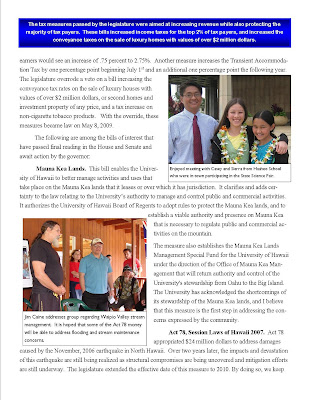 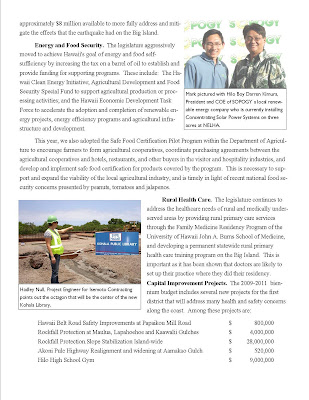 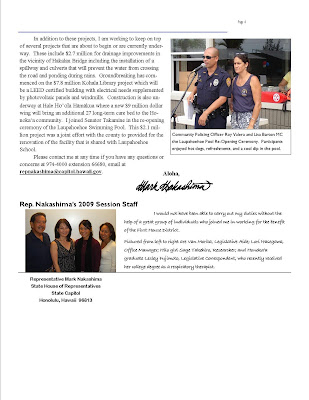